We thank you always.

DonateLife WA has been engaged in broad-reaching consultations over the past five years with donor families via community engagement committees, letters, emails and feedback forms regarding the existing Honour Board memorial site for organ and tissue donors at Lake Monger. There was universal support for a rethinking of the site and potentially a re-location. Our long-term partner at Lake Monger – the Town of Cambridge Council, was re-developing the stunning beachfront at City Beach. The previous State Medical Director, Dr Bruce Powell saw this as an opportunity, about whether the celebration of organ and tissue donation might find a new home overlooking the ocean.

Coincidentally, in 2015, a government report, “Review of the implementation of the national reform agenda on organ and tissue donation and transplantation” had recommended that the donation agencies “…should consult donor families on appropriate donor memorials throughout Australia”. Buoyed by that affirmation of a process that had already begun, and after exhaustive consultation and petitioning of all interested groups, a site was agreed and the funds secured. Enormous credit must go to all those involved, that such an innovative, unique project with multiple partners and interested parties reached fruition despite all the obstacles. Consultations inside and outside health, with donor families and recipients, from finance to design, art groups and engineers, the project’s vision of a celebration of life they provide others, prevailed. It is truly a remarkable achievement that the project is to be completed and a testimony to the value of organ and tissue donors to Western Australia’s community.

In June 2016, the fabulous new precinct and Surf Life Saving Club at City Beach were officially opened by Premier Colin Barnett, Cambridge Mayor Keri Shannon and Surf Life Saving Club President Grant Trew. The multi-million dollar investment represented a huge commitment for the Council and thus the agreement to include an artwork, especially one celebrating the gift of life donated by organ and tissue donors, was a brave and visionary one. Whether it was fishing off the groyne at the northern end or swimming with the whole family at the south; City Beach was an iconic, unique and fittingly beautiful life-filled spot to site the art. The sculpture’s brief was to encompass and enhance that space, celebrate the gift of life given by donors, and create an arena for awareness of the importance of registering as a donor.

After more than 3 years of discussion, consultation and consideration, the proposed sculpture, unanimously accepted by Town of Cambridge Council, uses the elevated grassy knoll, located on the right hand edge of the main grassy plinth. It has an elevated view of the beach and is an intimate place to sit and enjoy the ocean. The site is framed by shady trees and connected to the main grass area, maximising its accessibility by formal pathways, providing easy universal access to the sculpture for everyone. The site forms the edge of the landform providing a silhouetted view of the sculpture against the sand, sea and sky.

Public art is challenging for artists and commissioning groups because it influences the way a space is used, creates deep meanings for individuals, and allows a synergy between people and place. Collaborating on such subjective issues is attempted by only the bravest, for the best causes. The artist, the engineers and those responsible for the site, become partners in a high-profile project that a whole community will have opinions upon. The sculpture has to be sensitive, pleasing and interactive, especially when sited at a beautiful place synonymous with life and joy, family occasions and individual reflection.

“I hope with all my heart that ‘The Life Project’ will resonate with Western Australians, providing a place of hope and joy, in a setting of profound beauty. Through countless donor community discussions, government consultations and council meetings this innovative, unique vision has emerged, celebrating the life gifted by donors. At each dusk and dawn, throughout the long hot summer days and crisp winter nights, the Life Project will stand peacefully under the trees, reminding us all of our amazingly generous, courageous donors, their families and the gift of life.” 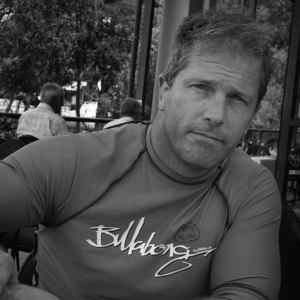 My Dad, his legacy by Charlotte

My Dad passed away in early 2014. Today, and for all the years to come, we will live with the consequences of him being gone and while the pain is not the raw shock and denial it was one year ago, that feeling of loss will always be there. Yet I still consider myself lucky as I have the comfort of knowing my Dad was an organ donor and something of a hero to many, myself included.

The fear that you will never hear or see your loved one again can be overwhelming. My Dad spent his last night playing cricket on the beach, laughing with his daughters over homemade shortbread ice cream, and watching ‘The Hobbit’ with his son and wife. It was the perfect end to a brilliant life, almost as though he had designed his last night with us himself. But within hours we were faced with the question of whether or not we would donate his organs. Phrased like this it seems harsh, but for those who need that second chance at life it really does come down to yes or no.

I do not believe I have ever experienced such kindness as that from the doctors and nurses at the hospital. With us they cried as we said goodbye, held our hands as we sat in shock, and how they treated Dad with the greatest respect through the entire process. Today we live with the relief that we made this decision. It offers hope against the finality of death and out of our loss came the ability to prevent another family from suffering the heartache that we have.

Organ donation is a beautiful creation, and one that stems from great tragedy. Perhaps this is what makes it the most precious gift of all and reminds me why my Dad’s life was so valuable. For those who have received an organ and those who make it possible, I want to say how grateful I am. You hold a very special place in my heart for letting my Dad live on. 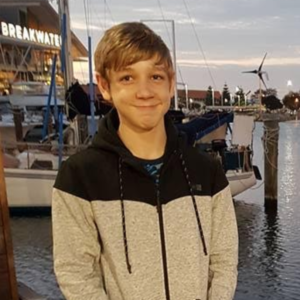 Christopher was premie but he was healthy, he had bronchitis which they diagnosed as asthma as
soon as he turned 2.

Growing up, Christopher loved to play sports, and beat up his little sister. He was an intelligent child with his whole life ahead of him. We never thought of Christopher as a sick child. He was just another child with asthma.

The story of losing Christopher started around 2 months before he passed. As I’m sure most of you are aware it’s hard to talk to kids and get their full attention, I use to do my meaningful conversations in the car, that way the kids can’t run away.

I was about to go into hospital so I was talking to Christopher about how I am a donor. I explained
that if something happened to me I wanted him to know that I was a donor so if the doctor asked
they could make sure my last wish was granted.

Christopher asked me why I was a donor and I explained when I pass I don’t need my organs and there are a lot of people out there who do need them. He turned to me and said if anything happens to me I would like to be a donor too. Just as he said this my daughter pipes up from the back of the car and says no one is getting my organs I’m taking them with me. As you can imagine the car was full of laughter.

When Christopher passed we knew his wish and it wasn’t a question we needed to ask ourselves, as soon as I was told he was brain dead we asked to speak to the donor coordinator to make
arrangements. we were able to donate 6 organs.

Christopher may not have been an angel growing up but making the decision to donate his organs
made him an angel in passing.

But few are more generous than those who are organ and tissue donors. Few are more courageous than the families who honour and respect the wish of a loved one by consenting to organ and tissue donation. We thank and acknowledge all donors and their families. You have saved lives restoring health and improving the quality of life of fellow Australians. This sculpture is a lasting legacy to all of you. It is only appropriate that we recognise and remember donors in this way.

This sculpture represents the culmination of 5 years of work. It has been fashioned from the vision of the families of donors, from the efforts of those who believed and supported the project, enabled by the generous financial support of the Organ and Tissue Authority, and with committed leadership by Dr Bruce Powell, then State Director of DonateLife WA. We are also grateful to the Town of Cambridge, who embraced and supported the vision and led the efforts to identify and support the commissioning of the sculpture and the building of this site.

Of the sculpture itself, the passion of the artist is clear to see. That the figures look to the horizon thoughtfully challenges all who dwell for a moment to consider and acknowledge the generosity of organ and tissue donors and their families. Transplant recipients will visit here and spend a moment in silent respect and gratitude. The selflessness of the donors and families embodies that which we all admire. We thank you.

It takes courage to acknowledge that we will not live forever, to acknowledge that things can happen without warning, that we might meet an untimely death from injury or disease. It is courageous, and generous, to make a commitment to register as an organ and tissue donor. It is courageous of families to respect and support the wish of a loved one and consent for organ and tissue donation to go ahead.

We are pleased to be able to provide you with a more detailed history of the Life Project.
There is also a link to the Australian Organ Donor Registry www.donatelife.gov.au. You can register in a few moments right now, if this site has encouraged you to be courageous like the Australians before you who we honour here. Please consider joining the hundreds of thousands of Australians who are currently registered and have committed to help others.